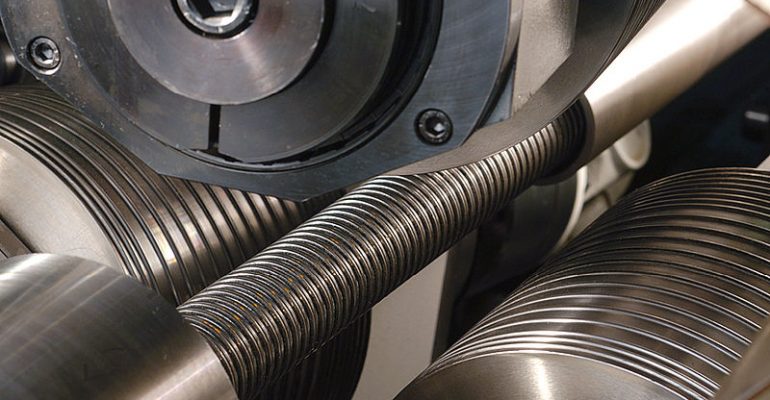 Thread rolling is a metal rolling process used widely in manufacturing industry to produce screws, bolts and other fasteners. A common thread rolling process to manufacture threaded parts, involves forming the threads into the metal of a blank by a pressing and rolling action between two die. The die surfaces hold the shape and the force of the action forms the threads into the material.

Thread rolling, in modern manufacturing, has an extremely high productivity rate, significantly higher than producing threaded parts by machining. Producing threads by this method has several other benefits over machining. It hardens the metal through cold working, also does not waste material by cutting, and produces a favorable grain structure to strengthen the part with respect to its function.

2018. All Rights reserved by Pragmata Engineering